At the core of Rafał Zajko’s practice lies a belief in science-fiction as inherently queer, an arena of otherness in which alternate futures and belief systems can be imagined and explored. In Song to the Siren the gallery becomes a forum in which unexplained action is ever-present. Punctuated by a series of intricate individual works the space nonetheless performs as a unit. The wall-hung works are embedded in a comprehensive, machine-like design that mimics a circuit board or control panel. The sculptures are sensory; they emit steam and smoke, some exude light; red, amber, green and blue. There is the implication of some unified purpose, some unidentified algorithm to which the viewer is given clues without ever being able to grasp the whole. Engaging with numerous archaic aesthetic vocabularies, including those of Eastern European architecture and of early industry, the works evoke a nostalgic familiarity, leading the viewer to assume an easy reading of their function. The closer one gets however the more ‘alien’ the narrative becomes.

In the centre of the gallery supported by a form that is part plinth, part altar, are six terracotta vessels, sculptural entities that are activated by heat and breath respectively. Each one has its own personality, combining machine-like flattened planes with the organic curvature of the skull. Echoing Henry Moore’s Helmet Head series, the works have interior voids which give a sense of armature. Each has an orifice, a vent from which smoke or a shrill whistle emanates. They are works that have no fixed state; they exist as inert sculptures, as transient vessels in which pressure builds and as purveyors of smoke or steam. Zajko’s sculptures hold the latent energy of an instrument at rest combined with the urgency of its potential activation. In either state the works ‘scream’, albeit sometimes silently.

The title of Zajko’s exhibition, Song to the Siren, brings with it a host of associations, from classical mythology where hybrid creatures lured sailors to their death, to the civil defence siren alerting whole communities to a potential threat. In early industry sirens were often used to delineate the rhythm of the working day. They signified the beginning of work, change of shift, work breaks and end of day. Steam was also often used in early alarm systems where pressure valves alerted workers to danger. In the same way Zajko’s sculptures evoke both impending crisis and the mundanity of the everyday. The works are a conduit for the frustrations or anxiety of the Anthropocene epoch we are living through, but there is also a lurking humour, a literal “letting off of steam”; one of the vessels blows perfect smoke rings, a seemingly sardonic bystander to the whole. Ursula Le Guin whose radical science-fiction grappled with numerous political and gendered debates through the lens of alternate realities said, “the only thing that makes life possible is permanent, intolerable uncertainty; not knowing what comes next”. Zajko’s works are themselves an act of speculative fiction, a laboratory of tomorrow in which the viewer is forced to de-code what they see, a physical manifestation of ‘what comes next’. 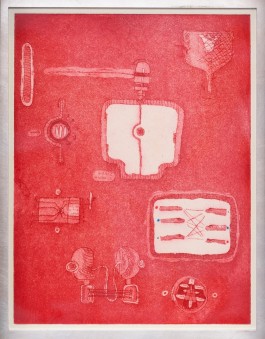 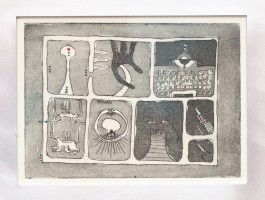 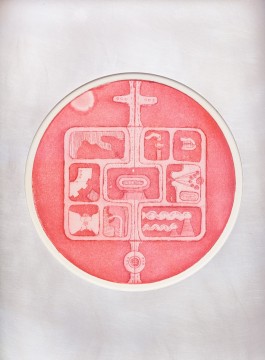 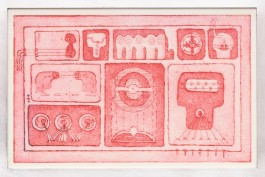